CCCAA recently announced its academic awards for the 2015-16 year.

The Ventura College Pirates women’s cross country, track and field, and water polo teams are recipients of the spring 2017 California Community College Athletic Association “Scholar Team” awards.  The CCCAA recently announced its academic awards for the 2015-16 year, and Ventura College is home to three of the state winners.

The women’s cross country, track and field, and water polo teams earned the highest academic team achievement given annually by the CCCAA.  Ventura College is the 31st, 32nd and 33rd recipient of the award since 1997-98, a state record. At least one Pirate team has been honored in each of the past 17 academic years.

The women’s cross country team achieved an overall GPA of 3.40 for the fall 2015 semester. The team finished sixth in the Western State Conference championships and 13th in the SoCal Regionals, qualifying for the state championships for the fifth time in six years. The award is the program’s second as they were the State Scholar Team in 2006.

The Pirates’ women’s track and field posted an overall GPA of 3.37 for the spring 2016 semester. They finished a strong third in the Western State Conference championships and sent four athletes to the CCCAA state championships, placing 12th as a team – the program’s highest point total and finish since 1997.  It is Ventura College’s first state “Scholar Team” award in track and field.

All team members must have excelled academically with a total combined GPA of 3.0 or higher and have demonstrated better than average accomplishments in intercollegiate athletic competition.  The program began in the 1994-95 school year. All of the 2015-16 “Scholar Teams” will be honored at the Celebration of Scholar Athletes Luncheon, during the 20th Annual CCCAA Convention, Wednesday, March 29, 2017, at the Hilton Concord, Concord, CA.

“A special congratulations to each of these teams for achieving such a high honor and to Head coaches Mary Giles and Tony Veney and assistant coaches Tyson Butler, Tom Lawrence (retired) and Linda Wright,” said Ventura College President Greg Gillespie.  “We would also like to thank Scott Brewer and Becky Hull for their leadership as counselors for student athletes,” stated Ventura College Dean and Athletic Director Will Cowen, president, California Community College Athletic Directors Association.

Register by December 2 for the second annual Winter Softball/ Basketball Tournaments to be held December 10 and 11 at local Ventura gyms. The tournaments are open to all teams and players who took part in City of Ventura Adult Sports Leagues for basketball and softball in 2016. Tournament divisions include:

Get easy to fill and save Winter Tournament Team Rosters, rules and format information at www.teamsideline.com/ventura or call 658-4743.

Early registration for Corporate Games continues as new and returning companies prepare for the 28th annual business-to-business team-sports competitions scheduled from March 25 to May 6, 2017. Companies of similar size choose from over 25 events to earn individual player medals and team trophies in such traditional sports as softball, basketball and volleyball and non-traditional contests for Speed Scrabble, Bocce and MB2 Kart Racing. Companies register in 5 divisions:

For more information, go to www.venturacorporategames.org or call 658-4738 or e-mail eburton@cityofventura.net. 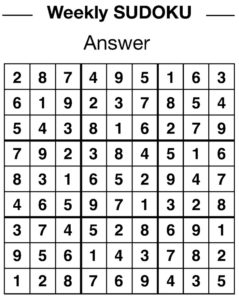 Ventura has a new flag football league called FuturePro Flag Football. The first season for FuturePro Flag Football had overwhelming success with 200 players from all over Ventura County that played in all co-ed youth divisions. Players of all kinds, including beginner, intermediate and advanced are welcome to join again in the Fall season.

If you are curious about the game of football, then flag football is a safe, exciting and fun introduction to help your child learn the basics. Learn how to run plays, play as a team and make new friends. FuturePro Flag Football rules are no-contact is the safest way to play football if your child is new to the sport.

Games will again be played every Sunday at St. Bonaventure High School football field with the first game played on October 2nd and ending on November 20. Ages to play are in age groups in safe ranges in the following school grade divisions:  Kindergarten, 1st & 2nd / 3rd, 4th & 5th / 6th, 7th & 8th / 9th, 10th, 11th & 12th. The cost to play is $125 and includes a jersey. Interested players, coaches and volunteers are encouraged to register and/or contact www.futureproflagfootball.com or 302-9809.

Mark your calendars for the 4th annual Ventura Marathon and Beach Party on Saturday and Sunday, September 10th and 11th at the Ventura Pier.

Aside from the marathon, there will be a half-marathon, a 5K, bike rides, a K9 Shuffle (dog walk) and an adventure/obstacle race. The beach party expo features live music (seven bands), MadeWest beer garden and dozens of exhibitors ranging from arts and crafts to health and fitness.

The flat and fast marathon course is a certified Boston Marathon qualifier and delivers an epic experience with a beachfront finish at the historic Ventura Pier. Race co-founder Josh Spiker said, “We are really excited about the new K9 Shuffle and the Adventure Race which will add to the weekend-long experience. These events are meant more for locals as the marathon and half tend to bring in thousands of out-of-towners.”

For more information and to register, please visit: www.venturamarathon.com.