William Greenberg has had several cartoons featuring classical composers. I know who they are but don’t listen to classical music. Maybe you could explain them to me?
Thanks
Mary Johnson

Mary: I would be happy to.

“The Four Seasonings” The Four Seasons is a group of four violin concertos by Italian composer Antonio Vivaldi, each of which gives musical expression to a season of the year. These were composed around 1718−1720, when Vivaldi was the court chapel master in Mantua. You may have heard some of it while on hold as they are often played while waiting.

“Beethoven’s Fifth” The Symphony No. 5 in C minor of Ludwig van Beethoven, Op. 67, was written between 1804 and 1808. It is one of the best-known compositions in classical music and one of the most frequently played symphonies. Many consider it to be the greatest symphony ever written.

“Rachmaninoff’s Third” Sergei Rachmaninoff’s Piano Concerto No. 3 in D minor, Op. 30 (Rach 3), was composed in the summer of 1909. The work often has the reputation of being one of the most technically challenging piano concertos in the standard classical piano repertoire.
Rachmaninoff’s third piano concerto is 40 minutes of finger-twisting madness.

I yearn to paint the colors of sunrise,
Authenticate nature’s unknown course,
Understand the mystery of silence,
The calm that follows an alternative route.

The unseen blues that wander below,
Are forbidden waters that rise beneath,
In between the waves I hear the answer,
A clear picture that turns the tide. 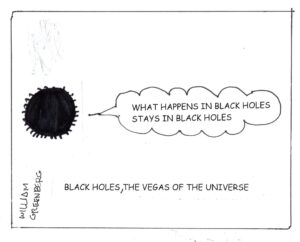 He who knows what he is told, must know a lot of things that are not so.
~ Arthur Guiterman