I’m not inspired, not because I think everything’s swell, just because I’ve given up all hope. Actually, I did manage a brief flirtation with optimism a couple of days ago, watching the Space X Falcon Heavy launch. And the Tesla Roadster heading toward Mars is a very groovy touch. 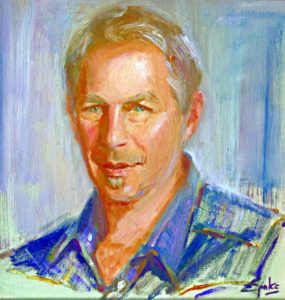 I attended the Thomas Fire Benefit concert held at Plaza Park. It was an amazing day, thoroughly enjoyable great music, food and people coming together and showing their love for each other. One thing that bothered me a little was the very long tribute to Kevin Costner’s movies by showing clips from many of his movies. Seemed this was more of a tribute to him then fundraising. I certainly do appreciate his attendance and realize that by him being there many more people attended and helped raise money for this wonderful cause.

We have heard this comment from others and do understand your feelings. Also some of the scenes and words from the clips were inappropriate for the very young folks that attended the concert with their parents. We understand that he shows movie clips whenever he is in concert but maybe less appropriate when he is appearing at a fund raiser. The concert brought in over $1 million so all is forgiven.

It drives me crazy when I can’t find or can’t read a street sign. I know, I could just use GPS, but I really like to see a street sign, especially in residential neighborhoods. You know, for visual memory in case I want to find the street again sometime. Many areas have few street signs, or no light near the signs or low branches covering the signs. I would love to see street signs that light up when it gets dark. How about it, city planners?

In our last issue we had an article on Notes For Notes titled “Phil Gilley imagined a room full of musical instruments” that was not credited to the writer. The writer is Paul Peterson.

Look closely. The beautiful may be small.
~ Immanuel Kant