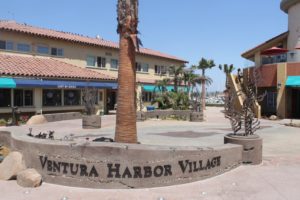 Holly Hancock
age 61
retired manager at Target
“I don’t like it! I loved the stage and the grassy area, it was a good avenue to welcome people into the harbor. This just doesn’t “pop” – they were supposed to spray wash the ground with a blue resin. If you see the pictorial of how it was supposed to be, this doesn’t do it justice. At least plant King palms instead of these cheap ones!” 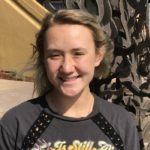 Havana Snyder
age 20
works at “Lost in Socks” in the harbor
“I think it’s really, really nice! It makes a big difference; all the improvements are bringing people in but it also helps that there’s no more construction!” 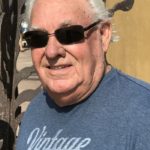 Chuck Russell
age 82
retired from television
“I think it looks really nice but I think they had to do it because of laws regarding the handicapped for entries and that type of thing. I think that’s why they did concrete work.” 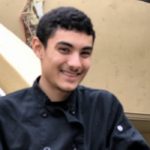 Matthew Ficarelli
age 19
works at Copa Cubana in the harbor
“I think it brings more people in and makes it more accessible to the restaurants and shops. I like the decorations in the flooring, it’s more thematic for the area we’re in.” 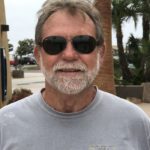 David Wheat
age 65
retired handy man
“I’m disappointed because they played it off as some big beautification project and it’s fallen far short. Both my wife and I think it was a waste of money … and the amount of time it took!” 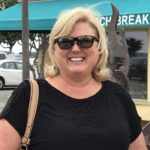 Cindy Cook
age 57
health program representative
“I really like the island layout but I miss the grass and the bandstand! It was welcoming to see people gathered around the live music on a beautiful afternoon. I do think this stuff (the kelp) will look much nicer with Christmas ornaments hung on it!”