On Saturday, July 30th a group of old CMH nurses (not that any of us are old) gathered at the very lovely home of one of our own, Andrea Ricketts. Many hadn’t seen each other for years, so it was indeed a celebration! I am honored to have worked with these outstanding nurses, and when asked to share the event with the Ventura Breeze readers, I thought—let’s do it Person to Person style!

I asked six of the best CCU/ICU nurses:
“What’s your fondest memory of working in the unit at CMH?” 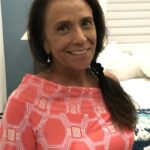 Andrea Ricketts
1986-2002 / returning 2008-present
“Caring for a young woman with Guillain-Barre syndrome; the young woman was the mother of two and ended up needing a ventilator to breathe. Because she couldn’t move her extremities, I laid the babies on their mother’s chest and picked up her arms to wrap around them. There were tears coming down her face and I knew how much it meant to her to hold them.”
(Author’s note: Guillain-Barre is a rare but serious autoimmune disorder with a rapid-onset of muscle weakness. It damages the peripheral nervous system, beginning in the extremities and progresses until it eventually affects the patient’s ability to breathe.) 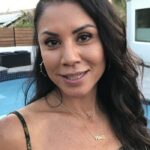 Sonia Rieder
1996-present
“My favorite memory is when I met and married Randy, a physical therapist. He was working with my patient in ICU bed 8 and the patient had multiple IV lines. He asked me to help because he didn’t want to mess up my lines. Most PTs just go in and mess up everybody’s lines, but he was so thoughtful!” 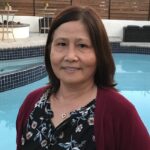 Shirley Barela
1980-present (Forty-two years in the unit and still going!)
“Taking care of a young guy with a heart valve repair. The surgery started at 7:30 a.m. and didn’t end until midnight. He was on a ventricular assist device when I got him at midnight, it was 1982. I found out later that he died in that same room after his last surgery. He was waiting for a heart transplant.” 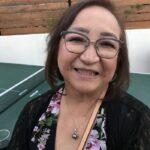 Merci Buhain
1982-2018
“Taking care of a patient that was over 400 pounds in ICU bed 7 (you know-the one that’s haunted). I had to use a footstool to stand on and needed help turning him. He was also on isolation, so we had to gown up every time we went in the room. I had him two nights in a row for continuity of care, and I remember crying at the end of my shift both times. He recovered and got discharged.”
(Author’s note: Didn’t I say fondest memory? But hey, at least this one retired and now happily takes care of her grandkids!) 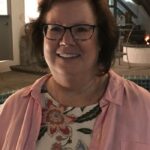 Carolyn Estrada
1977-2008
“My favorite memory is when the nightshift nurses advocated for a twenty-five-year-old woman with cardiomyopathy. Her heart was so weak that the physicians said there was nothing they could do—she was done. But the nurses said no! We’ve got to save her! Because the nurses insisted, they put her on a ventricular assist device and sent her to UCLA. She came back several months later and said that she didn’t remember any of us, but thanked us for saving her life. She had fully recovered without needing a heart transplant. Even the physician had tears in his eyes. I am so thankful to have worked with so many nurses that truly cared about their patients, it can be a life changing event.” 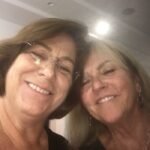 Sue Kulpaca
1986-2005 / returning 2017-present
“I cared for the first HIV patient we had. He was in ICU bed 6 and because the rooms for bed 6 and bed 7 were connected, we used the room for bed 7 to change. We had to gown up for the HIV isolation room, with shoe covers and the whole bit. I took care of him every time I was on because no one wanted to. The curtain to the room was always wide open and it was like a fishbowl. When the patient’s partner came to visit, they had no privacy, so I finally closed the curtain to let them have some time together. Tearful. Close to my heart with a gay brother. So sad the way we treat some…”

I had a similar experience. In those days we knew so little about HIV/AIDS that many of us were frightened by it. You can read about it in my upcoming book:

“Off The Chart – A Nurse’s Journey of Heart and Humor.”