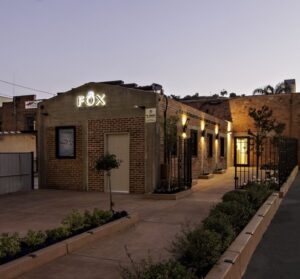 “As the owner of Fox Fine Jewelry,” Debbie Fox said, “I recognized the benefits to the community for a vibrant downtown with the closure of Main Street and California Street. I did estimate a slight sales drop from the closure. However, for the long-term benefit of us all, of which Fox Fine Jewelry is one part, I have advocated strongly for the continuation of Main Street Moves.”

Fox also stated, “I’ve been on the Downtown Ventura Partner’s (DVP) Board of Directors, and have been an active advocate of implementing and extending the closure. When COVID-19 first appeared in Ventura, the DVP realized that we needed to make critical changes, quickly. These changes would keep the restaurants afloat. Restaurants are the backbone of downtown’s overall health. As they rise, we (other businesses), and the restaurants, all rise. And, Main Street Moves has had a positive impact on the health of downtown Ventura.”

“The closure,” according to Fox, “gave Ventura unexpected exposure to residents within driving distance. Because most other places in Southern California were shut down, Ventura became the place to go. We were discovered. This halo effect had a small positive impact on Fox Fine Jewelry’s sales.”

“The vast majority of people,” according to Fox, “favor the closure, but some have legitimate concerns. As we continue to move forward, their will be various pieces that are being closely reviewed for solutions. One possibility is that Main Street can be either open or shut at will, with removable bollards. Outdoor dining would be in safe ‘parklets.’”

As the owner of For Your Home, Kevin Seelos said, “I voted in favor of the Main Street Moves in downtown Ventura because I felt it would be in the best interest of downtown Ventura as a whole. Obviously, the main beneficiaries are the food and drink establishments. But they bring people to downtown, and these people are potential customers for the retailers and service businesses.

“There are some negatives, such as accessibility for older customers who have trouble parking a distance from my business. But, the majority of responses from our customers has been favorable. I feel that the closure has had a neutral to slightly positive effect on my business.”

Regarding the Pandemic, Seelos said, “When and if the Pandemic is completely over and the entire population is comfortable again with inside dining, opening up the downtown will need to be reconsidered. An issue that needs to be addressed is the loss of the parking spots the closure has caused. When larger employers have their staffs return from remote work and when we lose further parking lots to development, such as the one at California Street and Poli Street, parking will be even more difficult than it is now. The proposed new parking structure hasn’t even broken ground yet, and I believe that the plans have been in place for a couple of years.”