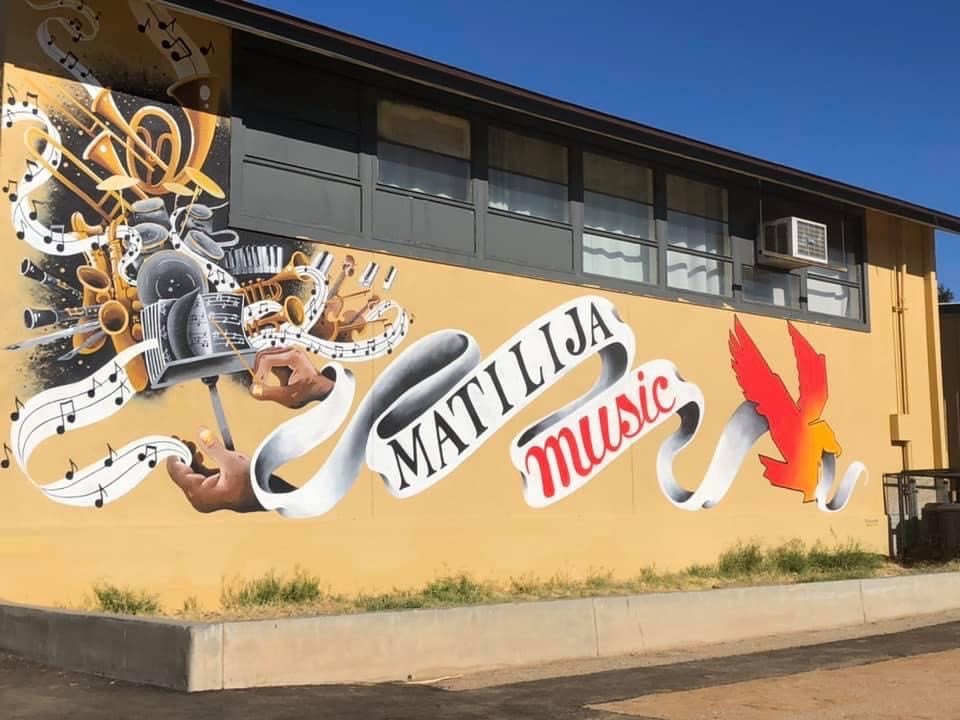 Román grew up in Ojai as a student of art, both in school and with some of Ojai’s prominent art professionals. The 30-year-old artist now paints and draws professionally, and he specializes in large mural paintings, many of which appear in Ojai and other locations in Ventura County, as well as in Los Angeles.