I’ve heard it said that the electorate deserve the leader they elect. But, I don’t accept that statement anymore. I know a lot of people voted for The Trumper, but I don’t believe that all were deserving of what we got.

I’m convinced he had his first temper tantrum at age two, and no one told him such behavior was unacceptable. He’s been feeding that ego and lack of personal responsibility ever since, and, unfortunately, for the people of the United States of America, he’s been manipulating, the office of the Presidency, for his entire term.

Now he wants a war to assure his re-election. He cares nothing for the damage he does to our own military, nor the collateral deaths of innocent civilians.

He is an abomination, and should be removed from office, after a trial by the Senate. I’m sure not all Senators are in favor of keeping him in office now.

Trump supporters:
We welcome your opinions regarding Trump. What are you waiting for?

The Trump administration will soon roll out a new plan to slash drug prices.

This plan might trim the costs of today’s medicines. But tomorrow’s medicines would never make it to the market, as such a scheme would obliterate our research industry.

The administration’s proposed rule, which is expected in the coming weeks, would apply to advanced physician-administered medications covered by Medicare. Currently, these drugs cost 80% more, on average, in the United States than in other developed countries.

The administration says this plan will level the playing field between the United States and countries like Canada and the United Kingdom, which use price controls to keep drug spending artificially low. These tactics are unfair. They force Americans to shoulder a disproportionate share of the global research burden.

Close to 90 % of experimental medications fail in clinical trials. It can cost over $2 billion and take more than a decade of research to bring a new medicine to market.

The resulting medical breakthroughs save millions of lives. In the United States, cancer death rates have declined 26 percent since the early 1990s. Almost three-quarters of these survival gains are attributable to new treatments. HIV-related deaths have decreased by almost 90 percent since the introduction of antiretroviral therapy “cocktails” in 1996.

Price controls in the United States would derail research into new treatments. In the long run, forfeiting these treatments would cost the government far more than it’d save. 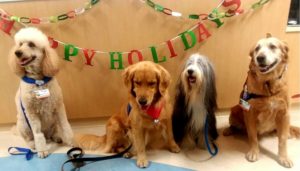 My dad believes in reincarnation, so in his will he left everything to himself.
~ Barry Goldsmith