I asked six influential members of our community:
“Do you feel Ventura should elect our mayor rather than having one selected from an existing council member by the city council?” 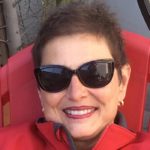 Yes, we do need to elect a Mayor, but with the caveat that we also have a strong City Manager who will work in tandem with the Mayor. Four eyes and four ears are better than two. (BTW, aren’t we the only city out of ten in the County who doesn’t?) Ventura is a Charter City, not General Law City, again, the only one in the County. Thanks for asking and frankly this issue needs more discussion too. 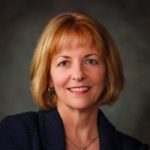 Barbara Hinton
Creator of Chalk Art at the Harbor

It sounds as though things are going to change soon in terms of how the city council is elected, so if the citizenry wants to change how we elect our mayor, maybe now would be the time to do that. I believe it might make sense to have an elected mayor. Then the mayor would be accountable to the citizens for his or her decisions.

Currently, our mayor is chosen by council members to represent them at events and sign documents. Our mayor’s vote is equal to other council member votes. Elected mayors usually have political/veto power and serve as chief executive, often in lieu of a city manager. Electing a mayor will change our system of governance, requiring retooling. Right now, the city has decidedly important issues that require compliance—including new districting policies, water and waste. I believe that now is not the time for this consideration. 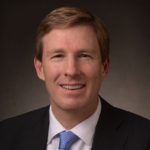 The fact that Ventura is moving to geographic districts for its city council rather than at-large elections makes it even more important to elect the mayor citywide. An at-large election process for mayor, similar to Santa Barbara and Oxnard, will allow voters to select an individual with a broad vision for the entire city. While electing rather than appointing the mayor will require voter approval at the ballot, I believe Venturans will welcome this change, especially given the fact that council members will soon be representing approximately 16,000 residents per district rather than all of the city’s 109,000 constituents. An elected mayor who can see and approach issues from the perspective of all residents will provide necessary balance to the election of other officials from narrower geographic areas. 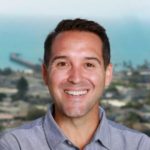 “If a majority of Venturans wanted a directly-elected Mayor, I would have no problem amending our Charter to achieve this. However, I think the current model works very well. Although all seven councilmembers have the same voting power, the council selects its own mayor. To become mayor, one must first earn the respect of all his or her colleagues. This is done through building bridges and working collaboratively towards a better Ventura. I believe the council has a strong track record in selecting its mayors.” 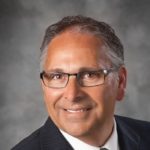 We have a government that gives the power to the City Manager. This means that an elected Mayor would not have any more power than one currently has. Let’s just keep it how it is and allow the Council to appoint the Mayor of Ventura. Also, if we elect a Mayor we may miss out on excellent candidates for our City Council. If one loses the Mayor seat, you may not serve on council yet, their qualifications may be above and beyond others that ran for council.