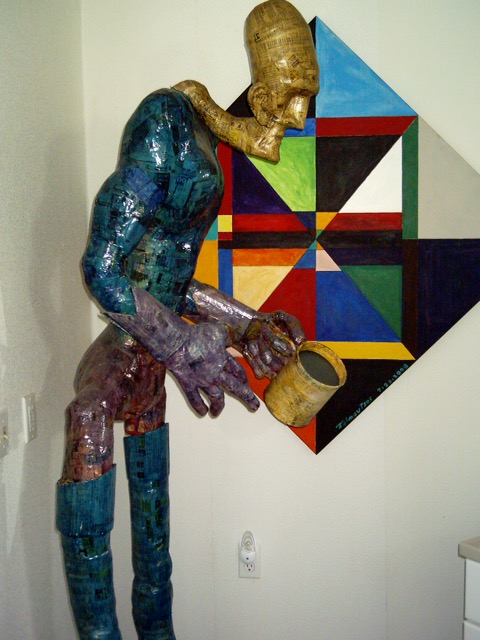 Local artist Josif Constantinos Palmoutsos was born in Lima, Peru in 1947. His Father, Constantinos Josif Palmoutsos was a Greek Merchant Marine Officer, his Mother Graciela Silva Jara was a Peruvian Flamenco Dancer. When Josif was a little over a year old, he and his parents left Peru. The next 4 years were spent on Merchant Ships while living all over the world.

At 5 years old they sailed to Ellis Island, and docked in N.Y. and eventually ended up in Ventura. He attended High School of Art & Design, NY, Los Angeles City College and UCLA.

In speaking about his work he says “My artwork is mostly 3 dimensional it is mixed media, almost entirely using recycled/upcycled material. These days it is being called ‘Green Art’. The Artwork is on the large scale such as my  15’ Praying Mantis at the Government Center. A lot of the subjects, are not of this world. My art tends to be whimsical rather than serious. “

His studio is located at 110 N Olive St , Unit F in Ventura. 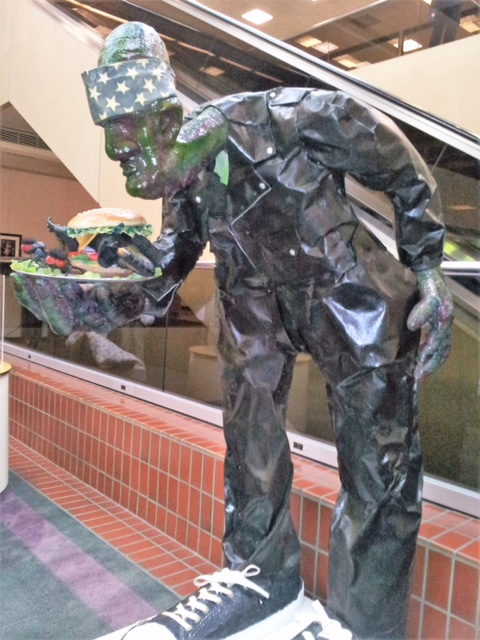