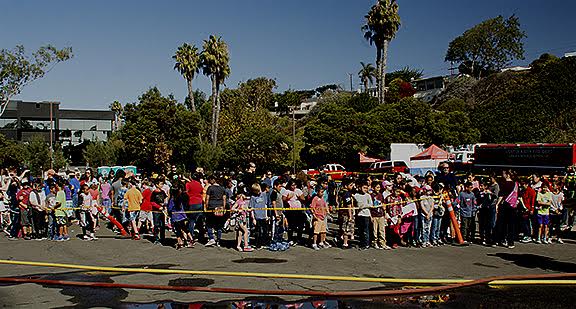 More than 1,300 fourth grade students, parents and school staff observed live demonstrations by Ventura City Firefighters performing multiple tasks associated with a career in firefighting and paramedicine.  Students observed multiple teaching stations with such topics as engine company operations, fire safety education, ladder and power tool demonstrations, and a grand finale involving the City Fire Department’s “hook and ladder” truck. Students were shown how Firefighters operate fire engines, pumps, and hoses that require on-the-spot mathematical calculations, using equations they have memorized and have to complete without the usual “pad and paper.” How an education in chemistry is an essential element of becoming a member of the Hazardous Materials Team. 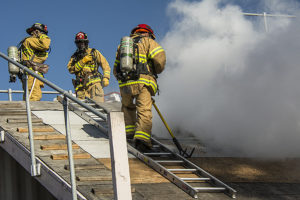 Firefighters from around the City served as both instructors and participants in each of the learning stations. The Firefighters focused not only on the tasks they are responsible to perform during emergencies, but also concentrated on the importance of education and its relation to the job.

In line with October being Fire Prevention month, the students also participated in a station dedicated to home fire safety and fire prevention. They learned the importance of Exit Drills In The Home (EDITH) as well as how to properly use a fire extinguisher on a live fire prop.

Post event activities will include an essay-writing contest among the attendees, with the winning school receiving the “Fire Hydrant Award.”  This trophy will be awarded to the winning school, where it will remain until the following year’s winner takes possession of it.  Each year, the winning school’s name will be inscribed on a perpetual plaque on the front of the trophy.  The Fire Chief and the school’s local firefighters will deliver the trophy once the winner is determined. 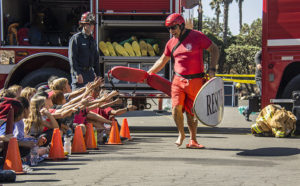 Todd Tyner, Principal at Mound School and one of the founders of Fire Safety Day told the Breeze  “During Fire Safety Days, the firefighters highlight multi-step math concepts that are initially introduced during 4th grade instruction, such as conversion formulas, time, distance, mass and volume problem solving. 4th grade science concepts covered during Fire Safety Days revolve around transfer of energy, conservation of resources, natural hazards, and the influence of engineering and technology on society. Firefighters put these concepts into practice regularly, so we believe it is valuable use of student time to partner with our local firefighters as they demonstrate professional skills familiar to our 4th grade students.”