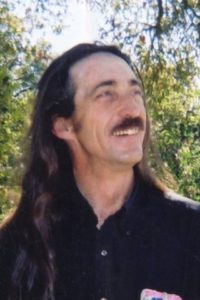 The purpose of any city council is to protect and enhance the health safety and welfare of the citizens they serve.  To do this, cities deliver certain public goods such as infrastructure (roads, water/sewer systems, parks, etc.) and services (police, fire, planning, etc,). Councils pay for these goods and services with tax dollars derived from the wealth of the community.  To increase what is provided, the community must either become wealthier on a per capita basis, or taxes collected per individual must be increased.

For the past twenty-five years, since the Ventura Chamber of Commerce Political Action Committee took voting control of the Ventura City Council in the 1991 election, per capita real purchasing power of the city’s citizens has decreased year after year.  This has led to a decrease in per capita tax dollars received by City Hall and, therefore, the City is less able to address the health, safety and welfare needs of its citizens.

It is now manifestly clear that the citizens of Ventura must be intellectually honest with themselves if they wish to maintain their quality-of-life and ask: “Should we reward consistent failure at City Hall by increasing the taxes we pay, or should we be more careful about whom we elect to the council?”

I recommend the latter since it will have the greater chance of fixing the problem in the long-run.  But, before you take this advice, lets look at some of the supporting evidence.

Ventura used to be the wealthiest city in Ventura County; this is no longer the case.

Ventura used to be the safest city in the county; it now has the highest per capita crime rate.

Ventura used to have some of the highest paying jobs in the county; no longer.

Ventura used to have the best roads in the county; now they are falling apart.

Ventura used to have the greatest number and best parks in the county; now the citizens have to storm City Hall with mobs bearing pitchforks and torches just to build a small neighborhood park on the west side of town, and still don’t have the swimming pool they were promised fifteen years ago.

Ventura’s fire department used to be able to respond to emergencies in less than five minutes almost all the time; they are now much less able to do this.  This is a life-threatening situation!

In summation: I’m going to paraphrase “Dirty” Harry Callahan: “In all this election confusion you’ve got to ask yourself ‘Do you feel lucky?’  Well, do you…?”