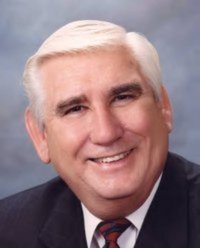 “I am herewith resigning from my position as a member of the Ventura County Republican Central Committee. Over the last number of years I have found the failure of leadership of the Republican Party to be tremendously disappointing. The de facto elevation of Donald Trump to the titular leadership of the National Republican Party as a consequence of his selection as the Party Presidential nominee is an abomination. In the process the Republican Party leadership has subscribed to the embrace of a philosophy of fear, anger, cynicism, meanness, and ignorance instead of statesmanship and honor. I cannot be a part of this betrayal of the fundamental principles of the traditional Republican Party — limited government, fiscal responsibility, individual liberties, civil rights, fundamental moral values, and responsible patriotism.”