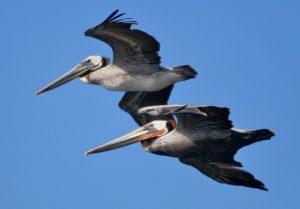 On Thursday, July 14 U.S. Fish and Wildlife Service wildlife biologist Annie Little will describe the work that has been done since 2002 to help populations of birds on the Channel Islands recover from loss of habitat and the adverse effects of the pesticide DDT, during the July From Shore to Sea lecture.

DDT was a pesticide discharged into the ocean that worked its way up the food chain and eventually accumulated in birds, like seabirds, falcons, and eagles. The DDT caused their eggshells to be too thin to withstand incubation in the nest, and populations of these birds declined.

This lecture can also be viewed live online at http://www.nps.gov/chis/planyourvisit/live-programs.htm.