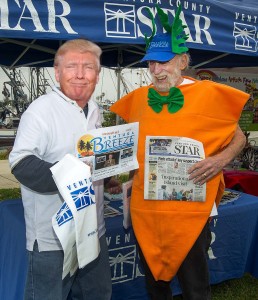 In major news in the newspaper industry it has been announced that the Ventura Breeze has purchased the VC Star for $10,500,000 cash. Respecting the history of the Star Free Press the paper will be renamed the Star Breeze Press. Sheldon Brown will be publisher, president, CEO and CIA and Savana Brown has been named editor. The Savana selection was a surprise because it was thought that Professor Scamp would be chosen as editor. Scamp has hired an attorney to investigate whether his age (almost 14) was the reason he was not given that position.