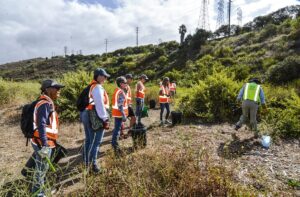 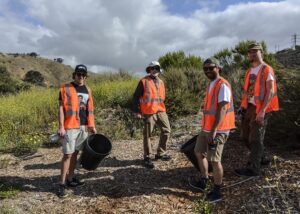 Two dozen volunteers showed up ready to work at the preserve to remove by hand as many of the invasive species as possible. Black mustard an invasive plant species originates from Europe and Asia. The species can grow up to six feet tall, and when the plants die the plant remains becomes fuel for wildfires as it dries. The species is so pervasive that it has taken over substantial portions of the preserves and the only effective way to remove it is to uproot one-by-one individual plants. The plants produce black seeds and if the volunteers do not uproot and remove them before they dry out and spread seed, they will continue to choke the trails and remain a problem for the long-term health of native species and the canyons trails will be overrun. As these plants die and dry out, they become a fire hazard. 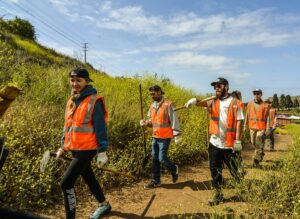 “Community support is needed to help with removal of the dense stands of black mustard and milk thistle” said Leslie Velez, Outreach Director of Ventura Land Trust. She also added “areas of the preserve that had been recently replanted with native plant species are being choked by these invasive plants.”

“We need more volunteers, this is a massive job, but with perseverance we can make this happen,” said Velez. She also added that the event produced two full dumpster loads of the invasive plants. 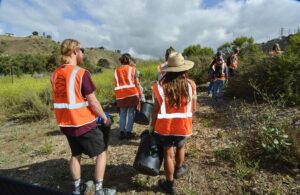