Possession of Illegal Narcotics for Sale

On January 12, at 4:00 am, a Ventura Police Patrol officer stopped a vehicle for a traffic violation at Santa Clara St and Hemlock St. The officer located a loaded firearm being illegally carried in the vehicle. During the investigation, officers found 41-year-old Ventura resident Brenton Cherrie in possession of two illegal loaded handguns, a silencer, and two high-capacity magazines. Officers also located large amounts of marijuana, fentanyl, methamphetamines, LSD, and Psilocybin (Mushrooms).

Arrest for Possession of a Stolen Vehicle, Driving while under the influence of drugs, and evading arrest.

On January 14, at approximately 8:30 am, a Ventura Police Department Motor Officer attempted to make a traffic enforcement stop on a vehicle for excessive speed. When the officer attempted to make the traffic stop, the vehicle’s driver failed to yield and continued driving. Approximately one minute later, the vehicle stopped in the area of Community Memorial Hospital and the three occupants of the vehicle fled on foot in an effort to evade arrest.

Multiple Ventura Police Motor Units and Patrol Units responded to that area and began a search for the occupants. Ultimately, the driver, 30 year old Oxnard resident Robert Pulido, was located by an officer hiding in the bed of a pickup truck in the parking lot of Community Memorial Hospital. Officers suspected that the vehicle may be stolen, so they contacted the registered owner. The owner indicated that the vehicle was in fact stolen out of Oxnard earlier that same date.

Unlawful Taking a Vehicle, Carrying a Loaded Firearm in Public

On January 17, at 8:00 am, a Ventura Police Street Crimes Unit detective received information that a car was stolen out of Thousand Oaks by 27-year-old Los Angeles resident Mantej Sunner, a wanted felon. The detective located the vehicle in the parking lot of the Victoria Motel in Ventura. Detectives took Sunner safely into custody when he left the motel. 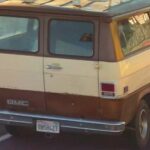 On January 7, at approximately 5:00 am, the Ventura Police Command Center received a 911 call of a subject down in the roadway on Harbor Bl., between Sanjon Rd. and Vista Del Mar Drive.

Responding officers arrived on scene and found an unresponsive male subject laying in the eastbound lane of Harbor Boulevard. Fire and paramedic personnel rendered immediate medical attention, but the victim succumbed to his injuries as a result of the collision.

The ensuing investigation revealed a vehicle had collided with the victim on Harbor Bl. and that vehicle failed to stop. At this time, we have not located the vehicle involved in this fatal collision and traffic investigators are gathering evidence.

Anyone with any information is requested to contact Traffic Investigator Kyle Halverson at 805-477-3767. The identity of the victim is being withheld pending next of kin notification by the Ventura County Medical Examiner’s Office.

The attached vehicle (license plate 8N58427) is a vehicle of interest in this fatal hit and run collision that occurred on January 7 at 5:00 am in the City of Ventura.