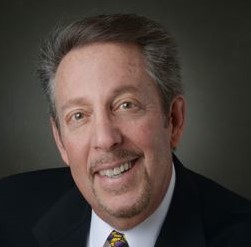 We asked City Council Member Jim Friedman (District 5)to comment on the proposed opening of the area behind the Ventura Auto Center:

After years of discussion, planning and deliberation going back to 2004, the Ventura City Council unanimously approved terms for a development agreement that would open up the area behind the Ventura Auto Center for future commercial development. This area, known as Focus Area One, has been confirmed and reconfirmed as an economic development priority by the city councils since 2005.

Slated for big-box retail and other compatible uses, Focus Area One is seen as an area for increased sales and property tax revenues. As city expenses increase, finding additional sources of revenue is critical if the city is to continue to provide the level of services that resident have come to expect.

The challenge with Focus Area One is that it is in a flood plain and in order to develop it, a levee along the Santa Clara River between Ventura and Oxnard must be built. Additionally, the long planned for extension of Olivas Park Drive needs to be constructed. On the city’s traffic circulation since the late ‘70s, the extension of Olivas Park Drive would improve traffic flow in the area and make retail investment in the area more attractive for retail developers.

This development agreement is a great example of a public private partnership. Essentially, the city will be responsible for the road construction and the land owners will be responsible for the construction of the levee. The estimated cost of the project is approximately $35 million dollars with the city being responsible for approximately two-thirds of the cost. City traffic mitigation fees which have been collected on development projects since the 1980’s will be used to fund the construction of the road extension. The landowners are dedicating land for the road extension at no cost to the city.

This agreement couldn’t have come at a better time as the city continues to be challenged with rising costs and employee retention. The city currently has 81 vacancies which makes providing services difficult at times. The city of Ventura competes with other cities for employees, so when revenues are insufficient to provide competitive salaries and benefits, service levels decline and residents are negatively affected.

This project can be a huge shot in the arm for city revenues, but it is clearly not enough. I believe city leaders must work to make doing business with the city of Ventura easier, not harder as some prior councils have done. The city of Ventura is fast becoming a retirement community that will ultimately not be able to provide adequate services to its residents.

The city must be more progressive when it comes to economic development. Short of raising taxes and fees, economic development is essential to helping the city deal with the challenges of losing its competitive edge with other cities and providing essential city services. Providing strong public safety services, smooth streets and sidewalks, parks and recreational amenities all cost money. Failure to step up economic development efforts will surely have a negative effect on the quality of life in Ventura.