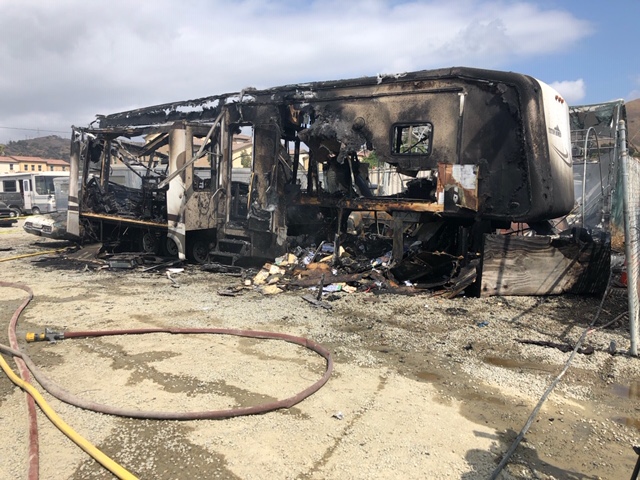 Multiple 911 calls were received at the Fire Communication Center to report a large vehicle on fire in the 2600 block of N. Ventura Ave. Fire personnel arrived on scene within minutes of the initial call and found a large RV and multiple passenger vehicles on fire in a storage facility. Fire personnel performed a primary search to ensure that there were no occupants in the RV or the vehicles and began an aggressive fire attack. The fire was contained to the RV and 4 passenger vehicles and firefighters knocked down and extinguished the main body of the fire within 23 minutes of initial 911 call.

The Ventura City Fire Department would like to remind the public to ensure that all residences and businesses have working smoke and carbon monoxide detectors and have an evacuation plan.