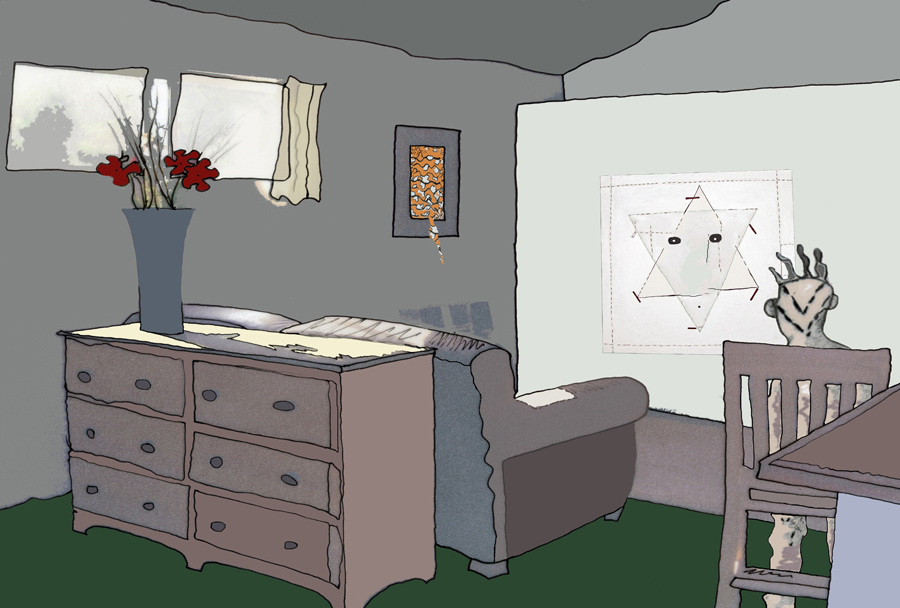 Ventura artist Jane Peterson has been hard at work, the past two years, developing a Graphic Novel. The story centers on her character, Jane Gumm I.S.S.T : Inspector of shapes, smells and textures. Jane Gumm works with a coterie of extraterrestrials, and animal-human hybrids(her staff). She follows standard forensic procedure, collecting evidence, to unravel mysteries which “ present themselves”, sometimes Literally, at her doorstep. Jane Gumm has been given a grant, by the Federal Government, to root out “irregularities”.