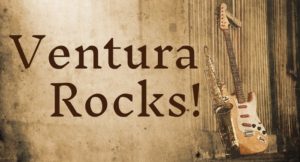 Bringing on the blues, jazz and more
by Pam Baumgardner
VenturaRocks.com

The line-up at Squashed Grape is getting hotter and hotter as we get further into 2017.  Karl Hunter (Big Bad Voodoo Daddy) and friends return on Thursday February 2 with his band mPhaka; Bobby West (Wynton Marsalis, R.Kelly, Smokey Robinson) returns on Saturday, February 4; it will be a night of hot jazz with the international jazz manouche and Balkan music band Het Hat Club with Laura Lackey on vocals Wednesday, February 8; and Mark Garson (Bowie) and David Liebman (Miles Davis, Chic Corea) return on Thursday February 9.  If you were there the last time Garson played, then you too were blown away when Garson played “A Space Oddity” on the piano.

Discovery has several noteworthy shows lined up including Shaky Feelin’ on February 3; a Bowie tribute band, The Band that Feel to Earth on the 4th; several local musicians will be on hand to honor the late great reggae artist on Bob Marley day, February 9; the Hubcap Stealers will be there on the 10th; and finally, a Black Sabbath tribute band on Saturday, February 11. Go to the Discovery’s website for tickets and times as they vary.

As you probably know, there’s a wonderful Blues community supporting this genre of music and nobody does a better job at bringing notable Blues artists to town than Hi Hat Entertainment. You’ll want to mark down on your calendar that following dates: Friday, February 3, it’s James Intveld; February 10th, Teresa James & the Rhythm Tramps; Carl Sonny Leyland’s on Friday, February 17; Alastair Greene & Deanna Bogart on Friday, February 24; and a special show on Sunday, February 26 with Karen Lovely with Lisa Mann & Ben Rice. Get the lowdown at HiHatEntertainment.com. All Hat Hi shows are at the Hong Kong Inn where you’ll find one more concert to add to your calendar, RJ Mischo has a special blues party on Saturday, February 4 with Hashbrown, Fred Kaplan, Rick Reed and Johnny Morgan. All shows start at 8; covers vary.

Topa Topa Brewery launches their open mic night February 1 and thereafter on the first Wednesday of the month. Signups at 6 and it runs 6:30 – 8:30 pm.

The legendary David Nigel Lloyd is reuniting after 30 years with Jonathan Mako Sharkey for a special performance on Saturday, February 11. Nigel Lloyd, one of the pre-eminent Acid Folk performers in the world will hold a songwriting workshop at 6 pm, then he’ll join up with Sharkey (musician and Port Hueneme Councilman) for a concert at the Loft in Camarillo.

And finally, CAPS Media is launching a low-powered FM station here in Ventura and its schedule to launch in mid-February. I’ll be hosting a weekly hour-long program highlighting independent artists including local artists from the area, and artists who have played in town. I’ll let you know when we’re live and on air at 104.1 FM.