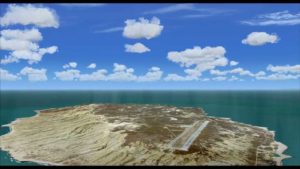 During the December From Shore to Sea Lecture, Susan Morris, a local researcher and writer, will discuss new research into the 1835 removal of native peoples from San Nicolas Island (the Nicoleños) and give details about their lives in the growing city of Los Angeles.

The story of the Lone Woman of San Nicolas Island has fascinated people for generations and formed the basis for the popular children’s book, Island of the Blue Dolphins. In 1835, the Nicoleños were removed from their island home, except for one woman, who remained on the island for 18 years. In 1853, she sailed to Santa Barbara with George Nidever. Efforts were made to find people who could communicate with her, but the she died seven weeks later, unable to fully share her story.

Morris will discuss new research using provincial Mexican papers, Los Angeles documents, American records, and church registers, which identified the Lone Woman’s people in Los Angeles. At least five men, women, and children are confirmed or are likely to have come to Los Angeles from San Nicolas Island in 1835.

Susan Morris is a researcher and writer who has been involved in Channel Islands research since 1987. She has participated in field studies on seven of the eight Channel Islands, working on archaeology, paleontology, geology, and biology projects. Morris was the principle investigator of a cave-associated archaeological site survey in Wreck Canyon, Santa Rosa Island. Her recent focus has been historical research on events related to the life of the Lone Woman of San Nicolas Island.

The talk will be held on Thursday, December 8. The From Shore to Sea lecture series is sponsored by Channel Islands National Park to further the understanding of current research on the Channel Islands and surrounding marine waters. The 2016 lecture series will take place at 7:00 p.m. on the second Thursday of each month, January through December, at the Channel Islands National Park Robert J. Lagomarsino Visitor Center in Ventura Harbor. This extended schedule is in honor of the National Park Service’s milestone centennial anniversary, which celebrates 100 years of national parks. The programs are free and open to the public.

This lecture can also be viewed live online at: http://www.nps.gov/chis/planyourvisit/live-programs.htm.

Lectures are recorded and posted at: http://www.nps.gov/chis/learn/photosmultimedia/from-shore-to-sea-lecture-videos.htm.