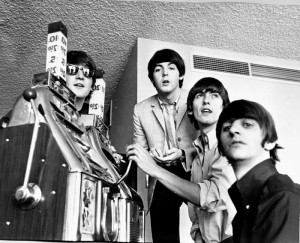 The celebrity photo exhibit by Ivor Davis is on display at the  Ventura College, Santa Paul campus, through Dec. l8. Ventura author journalist Ivor Davis, shares his photo collection of over half a century featuring some of the greats of showbiz and the world.

The photos “From Presidents to Pop Stars” chronicles movie stars and politicians and sports superstars,  interviewed by Davis over half a century. Davis, a longtime resident of Ventura, is also the author of the prize winning memoir “The Beatles and Me on Tour.”