Opening night at the Rubicon included many local dignitaries.

The Rubicon Theatre Company of Ventura opened it’s 2022/2023 season with a play by Anna Deavere Smith “Twilight Los Angeles, 1992” a production that depicts the events of the 1992 L.A. riots. The production premiered on the 30th anniversary of the Rodney King verdict and the L.A. riots. April 29, 1992, the day the verdict in the Rodney King trial, triggered one of the most explosive events of the 20th century.

Butler portrayed over fifty people involved in some way with the events leading up to, during and after the riots. His energy and accuracy in describing the events is unappareled in a real-life production. 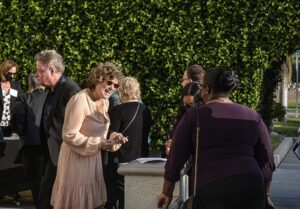 Steve Bennett California State Assembly when asked about the season premiere and how the new season will unfold said “I am very optimistic because I think people are desperate to get back out to these types of things where you can be together with people and watch live theatre” he said. Bennett added “Live theatre just touches you in a way that no other medium does. I am very hopeful and optimistic about the Rubicon theatre.” He also added “I think it is good for us to be reminded and I think it is a real compliment to the Rubicon that they are the ones that get to have this opening here with such an incredible actor.” 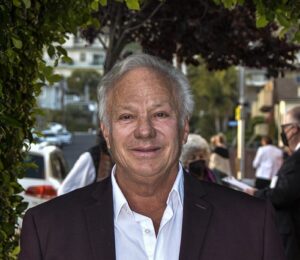 Doug Halter City of Ventura Councilmember was instrumental in the creation of the theatre and had this to say about his role and the upcoming season, “In 1998 I heard that the Ventura Pentecostal Church was for sale. I was surprised and impressed, the church had some 10,000 square feet of space with three stories and a great ocean view. I recognized that the church would be a perfect building to house a community theatre in its ground floor sanctuary,”

“I mentioned this to Karyl Lynn Burns, and she said “it has been my dream to create a local theatre here in Ventura” he added.

“I am very optimistic and looking forward to the upcoming season, all the credit goes to the wonderful artists and volunteers that make the Rubicon successful and fill a need for the arts and theatre in Ventura,” he said. 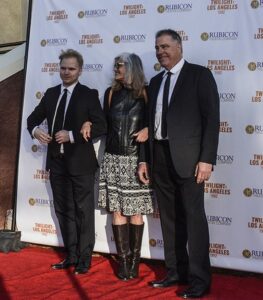 Karyl Lynn Burns Producing Artistic Director stated “We have created an environment where commitment and risk are encouraged, and where artists are nurtured and respected, “she said. She added “As a result the company has gained a reputation for invigorating interpretations of the classics and for supporting the developments of new work. Rubicon presents at least one World Premiere each season, as well as readings of works-in-progress,”

“The upcoming season will continue to honor the legacy and the traditions of our local community theatre” she added.

“Twilight Los Angeles” runs at the Rubicon until May 15.