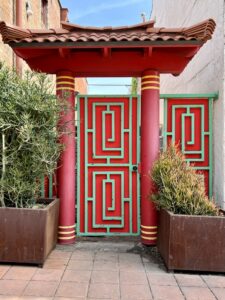 It’s hard to imagine that Ventura had a flourishing Chinese settlement in the early 1880’s. The largest concentration of activity, known as China Alley, was just down Main Street on Figueroa Street south of the Mission San Buenaventura.

In the early 1880’s, a flourishing Chinese settlement made up of merchants, laborers, and families settled in an area along Figueroa Street between Main and Santa Clara Streets. The largest concentration of activity was in an area that became known as China Alley, which ran perpendicular to Figueroa Street. The Chinese immigrants lived in clusters of wooden shanties that were built behind storefronts and home that were on Main Street. 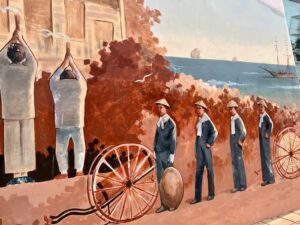 The Chinese community grew and sold food, and provided a place of worship for the incoming Chinese immigrants. Artisans, vegetable gardeners and fishermen piled their trade to the local settlers of Ventura. They were laborers, farmers ,cooks, laundry men, gardeners and  and servants. Their many businesses included rooming houses, a barber shop and laundry services. They maintained their language, traditional customs and rituals and found security in the small community they established.

Local Merchants exported marine products and imported Chinese goods across the county. Other contributions of the Chinese immigrants to the local Ventura community included a water flume above the San Buenaventura Aqueduct along Ventura Avenue. 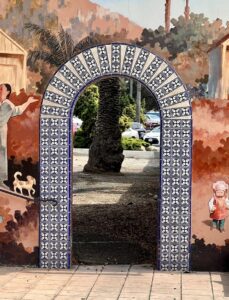 Out of necessity, The Chinese formed the first Fire Brigade in Ventura and it served China Alley and the surrounding neighborhoods. Although there were a few other local Fire brigades, the Chinese Brigade was always the first to arrive and was instrumental  in saving many structures in the down town China Alley area. Discrimination was an issue among local residents of Ventura. It is believed that volunteer residents of local fired brigades refused to put out fires  in Ventura’s Chinatown area, which necessitate the need for a Chinese fire brigade. Although isolate by the local community, the Chinese fire bridge responded willingly to put out fires in other parts of the county and were more often than not, the first to arrive.. 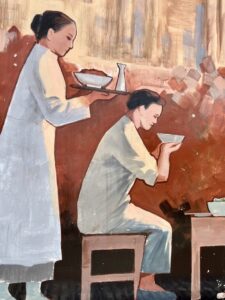 During the early days of immigration, the people of San Buenaventura welcomed their new Chinese neighbors as an inexpensive source of labor. However, with the incorporation of strict national immigration laws in the early 20th century, a hostile environment forced the residents of China Alley to relocate to other areas.
The population of the Chinese community began to decline in the early days of the 20th century as a result. Discrimination and new immigration laws forced many to go back to their homeland or move further south and east. One discrimination law forbade Chinese American children from attending public schools.

Oxnard was offering employment opportunities for many Chinese workers. As the Chinese settlement of China Alley eventually closed down, many of their homes were razed and store fronts on Main street became modernized.

The early Chinese pioneers to San Buenaventura made great contributions to the growth of Ventura especially in  the agricultural industry. 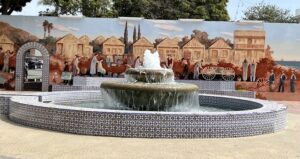 China town disappeared from San Buenaventura in the 1920’s.
Many of the Chinese residents moved down to Oxnard and worked in the sugarbeet factory.