We apologize for how long it took to respond to this letter (it was not an email) it ended up in a pile and was recently found. The response is long, and important so we published it as an article. 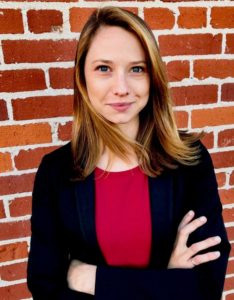 My husband and I have noticed an increase in graffiti in Ventura. Extensive continued defacing to both public walls and the 101 freeway signs, mostly along the new townhouse complex wall near the Seaward exit in nearby highway signs. It really is a shame as the cost of damage must fall on taxpayers and owners. What can we do as a community to address this? If caught, are they responsible to clean up after themselves as restitution?

Here is a response from Detective Sergeant Edward Caliento, with the VPD Street Crimes Unit:

The charge for graffiti is Vandalism, the California Penal code is 594 PC. If the damage or cost of removal is less than $400 it is a misdemeanor. Over $400 is a felony. Both are punishable by time in jail, fines, and victim restitution. They could also be held liable for civil fines.

If the suspect is an adult and is found guilty, they can do jail time and be placed on probation. Probation prohibits suspects from possessing graffiti tools, being around certain people and or certain areas.

If the suspect is a juvenile and is found guilty, they might do some time in Juvenile Hall, be put on probation, or sentenced to other diversion type programs. Their parents could be liable for civil fines from the city and the victims.

If the graffiti is gang related there are additional charges that can be added.

This is what the Ventura Police Department recommends:

To report tagging/graffiti in the City of Ventura call the graffiti hotline (805) 654-7805. You can also call the Ventura Police 24/7 non-emergency number 805-650-8010. Or email graffiti@ci.ventura.ca.us whenever you see graffiti. The line is open 24 hours per day, 7 days a week. The City’s Public Works Graffiti Removal Unit strives to remove all graffiti within 48 hours from the time we receive your call. The Ventura Police Department asks you to report these crimes through either venue, even if you’re going to clean it up yourself.

There are several steps you can take to prevent future graffiti tagging: