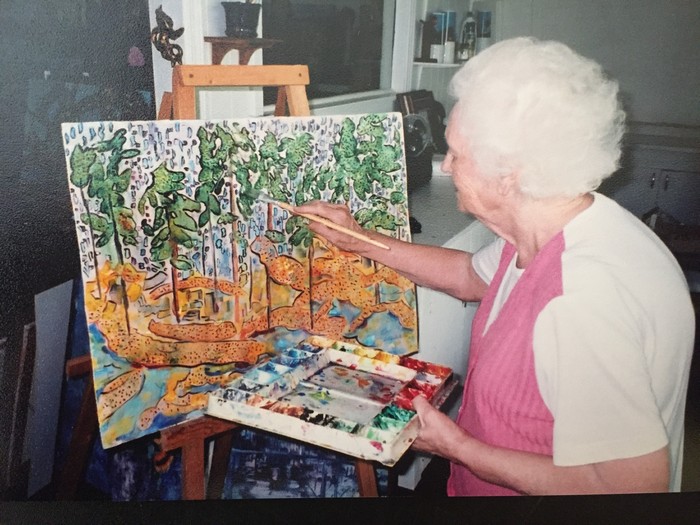 The work of the late Mississippi artist, writer and poet Gertrude McCarty Smith (1923 – 2007) will be on display during the 25th Annual ArtWalk Ventura October 7 & 8 at the WAV Gallery. “Worlds Beyond My Window” is the West Coast debut for Ms. Smith whose work has been shown throughout the Southern region of the United States and now at the Working Artists Ventura (WAV) Gallery. The show runs through October 22 and is a retrospective of work created by the prolific award-winning artist from over a 60-year period.

The show will kick-off with two Southern-themed receptions – invitation-only event on Thursday, October 5 followed by Ventura’s monthly First Friday “gallery crawl” the following night for the public from 6-9pm.

The show will continue at the WAV gallery on weekends only through October 22nd, 11am – 5pm or by appointment.