Outside of his work, England was committed to volunteering, serving as a board member at Interface Children Family Services, the Salvation Army and St. John’s Healthcare Foundation. Together with his wife Annette, he also managed his 38.5-acre ranch in Santa Paula, growing approximately two dozen different crops from apples to walnuts.

“Ted’s dedication to his colleagues, clients, family and friends was truly special. He was generous with his time and experience, sharing wise judgment on matters both legal and personal,” said FCOP Managing Partner Michael Velthoen. “As an attorney, Ted’s scope of expertise on the practice of law was unmatched. We will miss Ted greatly.”

Mary Jane Mitchell was born on October 11, 1918 in Oxnard and is turning 100.  She was raised in Somis and graduated from Oxnard High School.  Her father was the manufacturer of the Ventura Bean Planter used by farmers in Ventura County, across California and in other agricultural states.  At Ventura College she met Jack Tobias and they were married in 1939.

While Jack was farming in Saticoy, Jane was a stay at home mom raising their three children, Carole (deceased), Bob and Steve.  Together she and Jack were active in Saticoy Community Church and Saticoy Lions and traveled extensively.  Jack passed away in 1988 so Jane got even more active in Ventura Missionary Church, taking missions trips well into her 70s.  Jane in still living in the family home on their ranch in East Ventura.  A family celebration was held for her on October 6th at the ranch home of her son Steve and daughter-in-law Roxann. .

Always a lady of class and distinction.

Helen had a simple philosophy: “In helping and sharing with others, you multiply your own blessings many times.” Her blessings were multiplied over and over again.

Born in Chicago in 1921, Helen came to California in 1948 at the age of 27. After 10 years in direct sales, Helen fulfilled her dream of living at the seashore when she moved to Ventura’s Pierpont Bay area in 1958. A realtor since 1971, she ultimately founded Helen Yunker Realty which still bears her name.

Her almost 60 years in Ventura is a virtual history of ongoing community engagement. She has been recognized over the years for her many contributions, by numerous service organizations in the areas of educational, medical, civic, youth, theater, arts, property rights and senior concerns. Ventura would not be the same without her enormous contributions.

Love of music played a major role in Helen’s life. She sang in the Our Lady of Assumption church choir until the very end. She has entertained solo and with singing groups throughout her life at hospitals, jails, churches, ballets, etc. Her cameo appearances in the Nutcracker, by just walking on stage brought the house down.

Because her highlights and accomplishments would fill an entire page, we’ve listed just a few of them:

She sat on the Board of Ventura County Ballet Company (VCBC) and on the Ventura College Foundation Board.

1966: She co-produced “The First 100 Years in Ventura”, a centennial magazine celebrating and documenting the city’s founding in 1866.

1968: The Ventura County Board of Supervisors awarded her for leadership, as President of the Pierpont Bay Association, for leading the adoption of the Pierpont Improvement District.

1970: Helen led the first grandfathering program in Ventura, for the Pierpont area. Adopted by the City in 1977.

2003: The Ventura County Board of Realtors awarded Helen a special Inspiration Award for her dedicated efforts to protect Individual property rights.

2008: The Ventura County American Red Cross awarded Helen the Clara Barton Award for her work dating back to the 60’s when, she played an active part in support services for our troops.

2008: The National Assn. of Community Colleges awarded Helen the “Benefactor of the Year Award” in Washington, D.C for raising $600,000 to equip the new math/science building at Ventura Community College.

In 2010 The City of Ventura awarded Helen the Mayor’s Arts Patron Award.

The Rubicon Theater’s performance hall displays her name in recognition of her donations and support of the theater. As is the Ventura College auditorium.

On her 95th birthday, a celebration was held for her at the Museum of Ventura County. At the celebration, the Helen Yunker Lobby was dedicated to her.

At the celebration she stated, “An institution of this importance and magnitude needs financial giving from the entire community that it serves. I hope you will step up and join me and know you are helping to preserve our past and ensure the future of our museum.”

When her portrait was painted by Johanna Spinks as part of The Face of Ventura portrait series in the Ventura Breeze Helen stated, “Having grown up in Chicago, Ventura, with its 25,000 population in 1958, its climate, location and overall ambiance, was a true panacea and fertile ground for my life’s goals. Today, after 54 years of service, my greatest blessing is the thanks and recognition I receive, also fully aware of my intense struggles, as well as accomplishments. Where else, but in Ventura, can one be embraced like a family member, and be gifted a feeling of belonging?”

She appeared before the City Council over 100 times to “discuss” the problems with the slope erosion on city property next to her home, and always began by introducing herself. Eventually, the city paid to have the slope repaired.

A Mass of Christian Burial was celebrated on August 10 at Our Lady of the Assumption Church followed by interment at Ivy Lawn Memorial Park.

A nice memorial has been set-up outside the site of the restaurant.

Chang’s life has taken a turn for the worse the last several years.

In Feb., 2017 Chang Liampetchakul suffered a stroke while at the restaurant. He was cooking up some ribs for Super Bowl, when some friends came to pick him up. When they arrived he crawled to the front door to unlock it. Tipps was one of Ventura County’s first Thai restaurants when it opened at 512 E. Main St.

After his stroke Tipps restaurant closed its doors after serving Thai food to Ventura locals and visitors since 1983. The lovable Chang was a kind and generous person, often providing trays of food to families in need and always ready with a great yarn.

In April, 2017 a fire erupted in the two story portion of the building on Main St. which housed Tipps on the ground floor and the Odd Fellows on the top floor.

Ventura Fire and Ventura Police investigated and found evidence that pointed to Liampetchakul as having started the fire. On May 10, 2017, Liampetchakul was arrested on suspicion of arson in connection with the fire. A motive was never determined. His case was still pending.

Vera (Castanon) Hirrel, 62, passed away peacefully in her home in Oxnard, California on July 3, 2018 with loving family by her side. Born on September 30, 1955 in Riverdale, California to the late Nellie Castanon and Nick Castanon, Vera spent most of her adult life living in Ventura County. Vera was known for her generosity, vibrant personality, contagious laugh,and devoted love for her family. She had a close-knit group of friends and loved to spend time with them, especially at Santa Barbara Polo Club on Sundays. Vera was an amazing cook and she could often be found in the kitchen preparing the favorite dishes of her kids and grandkids. She was enamored by her granddaughters and great-grandsons and loved to share stories about them to everyone she met.

A beautiful celebration of her life was held Sunday, July 15th at the Ventura Beach Club.

On May 18th, Shawn McCarthy lost his long battle with cancer. He and wife Linda are franchise owners BNI Business Network. He would have been 64 in December.

Shawn never stopped smiling and reaching out to all that were in his presence. Being with him was a joy. He will be sorely missed by all that knew him.

Even in his last days he reached out to his many friends by sharing “No words can express the gratitude that I feel for the amount of support I’ve rec’d during this cancer journey. Way too many people to thank, so this will have to be enough. I have been truly humbled to hear how so many of you share that I have impacted your life…it was an honor and pleasure to do so. And you need to know that you’ve impacted my life even more. I’ve lived thru a really great life and marriage and I hope that inspired you too.”

Linda said “He has had the rare opportunity to live to see and hear his celebration of life…thanks for the multitude that helped contribute to it.” 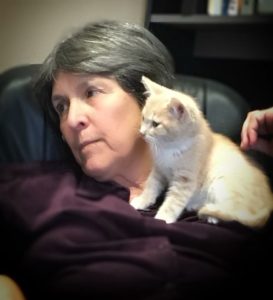 Phyllis was animal advocate of the first order. For the past 2 1/2 years, and 5 years prior to that, Phyllis managed the CARL and Cat’s Cradle thrift store for no compensation, with all sales money donated to the above animal rescues. She was well known and respected in the rescue community and by store customers.

Phyllis Berger moved to Ventura County in the 90’s. The animal kingdom and rescue community at large are diminished by her death Feb. 26, 2018.

Phyllis invested her time, energy, and compassion in care for those unable to advocate for themselves. Her generosity also extended to the homeless.

Phyllis was a strong, independent woman, who lived life on her own terms. Often tough on the outside, but warm, caring, and generous on the inside. Our community is lessened by her absence. 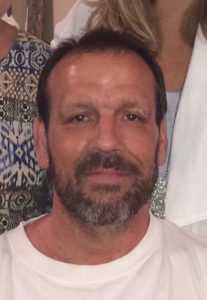 Jeffrey Alan Suggs, 53, of Ventura, passed away on Friday, March 2 after a long struggle with cancer. Jeff was born in Los, Angeles, on March 24, 1964 to Russell L. Suggs and Barbara J. Suggs. He attended elementary and jr. high school in South Pasadena, CA and finished his education in Ventura, earning his GED.

He enjoyed surfing, fishing, motorcycling, and camping. He worked offshore and in local construction until disabled in a motorcycle accident. He is survived by his mother, Barbara Suggs, sister, Julie Powell and her husband Harold, nephew and niece Cooper and Lauren Powell, and many aunts, uncles and cousins. He was preceded in death by his father Russell Suggs and brother, Greg Suggs.

The family wishes to extend their appreciation to Assisted Home Health Care and Hospice in Ventura for their compassionate care, and to family and friends for their expressions of love. A memorial service will be held on Saturday, March 24 at 2:00 pm at The River Community Church, 889 E. Santa Clara St. In lieu of flowers, please donate to The City Center transitional living program in Ventura at www.thecitycenter.org.

Arrangements are under the direction of the Joseph P. Reardon Funeral Home & Cremation Service, Ventura. 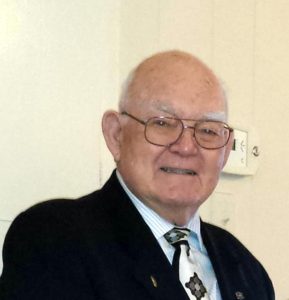