Still swinging after all these years.

Article and photo by Richard LIeberman

Art Spaulding a long time Ventura resident just turned 90, and is swinging with his sax playing gigs once a month with two local Swing bands “Swing Shift”, and the Unforgettables . Art an accomplished Geologist holds two degrees in Geology, and has had a distinguished career in oil and gas management, in both public and private sectors.

A long career in oil and gas management serving stints at the City of Los Angeles as Oil Administrator, and two years with Shell Oil. He went on to become an oil industry consultant for Western Oil and Gas, and has testified before congress as an oil and gas industry expert.

Spaulding learned how to play an alto saxophone when he was 14 years old, but after serving in WWII he didn’t blow another note until his retirement in the mid 1980’s. Rather than sitting home Spaulding decided to get going with his musical career, “There has to be something better than sitting home and drinking gin” said Spaulding. The Alto Sax was the “something better” for him, and the regular gigs with “Swing Shift” and the “Unforgettables” are one of the joys of his life. 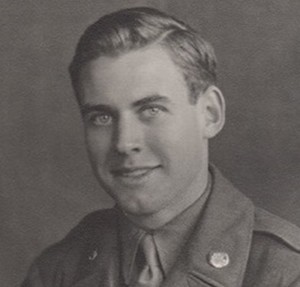 The bands have had regular performances at county fairs, Santa Paula Airport functions, old folks home and others. Spaulding loves the swing music of the 1930s and 1940s. He has even taken a 1 unit course in big band music and history. The bands routinely draw a crowd of 40 to 50 avid listeners. Spaulding also has a vast collection of 78 rpm, 33 rpm, and an extensive CD collection spanning the swing era sounds. “I love listening to Duke Ellington” added Spaulding. “Our audience is mostly old folks” said Spaulding, but there is a cadre of young people listening and enjoying the sound” he added

“The music has a very promising future” said Spaulding “It is a true art form” he added.

“Some of the arrangements are created by our band members” said Spaulding. “The music doesn’t die it will go on for a long, long time, I think it will carry on” he said. Art also would like to see the band leaders more active in getting work.

Spaulding served in the armed forces in WWII, and was with the 5th infantry division under command of General George Patton. He was with the relief forces reinforcing Bastogne during the battle of the Bulge. During one of the coldest winters in Europe for more than a decade, he spent 117 days in combat.

Having turned 90 this year Spaulding is still swinging with his sax, bringing joy, and nostalgia to his audiences, and keeping a worthy art form alive. The big band sound is likely to be around for a long, long time.