At 4:45 on Aug. 31, the principal of Atlas Elementary, formerly known as Saticoy Elementary, saw a large head of smoke and flames protruding from a single family residence on Jasmine Avenue. As she ran across the street to help, the neighbor was on the phone calling 911. Both tried to hose down the adjacent homes to keep the fire from spreading to neighboring residences. 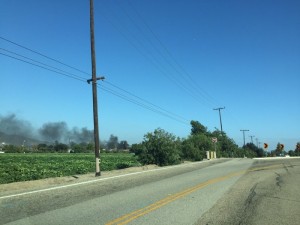 First arriving fire crews encountered heavy flames coming from the front of the house and dense smoke. Crews attacked the fire and searched the home for occupants. No pets or occupants were home at the time of the fire. A total of 4 engine companies and one truck company fought the blaze and knocked down the fire within 16 minutes and fully extinguished the fire within 35 minutes. 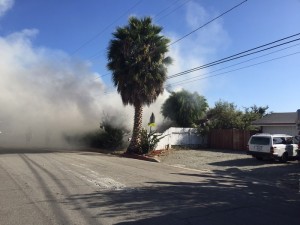 provided immediate traffic control and assisted in securing the street. An electrical feed for the home severed in the blaze and blocked a portion of the front of the house and was eventually secured by Southern California Edison. 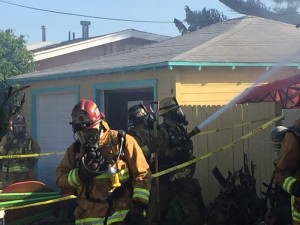 The 1000 square foot house suffered major damage from smoke and flames. Nearly all of the 1000 sq foot two bedroom, two bath home was affected. A preliminary investigation indicated that an unattended candle was to blame for the blaze. It was also discovered the fire had been burning freely in the home for some time prior to being noticed by neighbors. 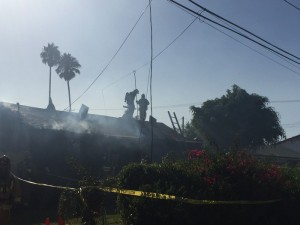 Damage was estimated to be $150,000 for the structure and $50,000 for contents. The building was yellow tagged by fire prevention, and occupants were escorted by firefighters to gather belongings. One resident was displaced from their home due to the fire and there were no reported injuries.